David Krippendorff produced the video Night of 1000 Stars for the exhibition Return to Space, placing together scenes from about fifty American science fiction films. While the images show glittering stars and flashing planets, the soundtrack is composed of movie quotations that express the desire to become a star. David Krippendorff describes the concept as follows: „The first traces left by man in outer space were not the footprints on the moon after the landing of Apollo 11: Our first signs of life in space consisted of television signals. These signals do not vanish after they are sent out, but instead travel further and further into space and pick up speed as they move away from our gravitational field. In this way, the universe has learned about our existence through endless TV shows, movies, newsreels and soap operas. This is the inspiration for Night of 1000 Stars. The stars are the most perceptible image of the universe that surrounds us, constantly reminding us of its immense extent, the mystery of our existence and how small we actually are. But while on one hand the stars make us aware of the insignificance of human existence, on the other hand they also are constantly the testimony of our „size“: In a visual culture that is dominated by Hollywood and its production of dreams and illusions, to be a „star“ is considered the pinnacle of success. Night of 1000 Stars invites the viewer on a journey into space. Sounds and music, voices and texts from Hollywood films accompany the viewer on his journey. Our „size“ and our dream of „stardom“ is revealed to be a naive illusion, a haunted journey in a universe that reminds us of its infinity and of our mortality and inadequacy.

Excerpt from the catalogue Rückkehr Ins All (Return to Space), Hamburger Kunsthalle, 2005 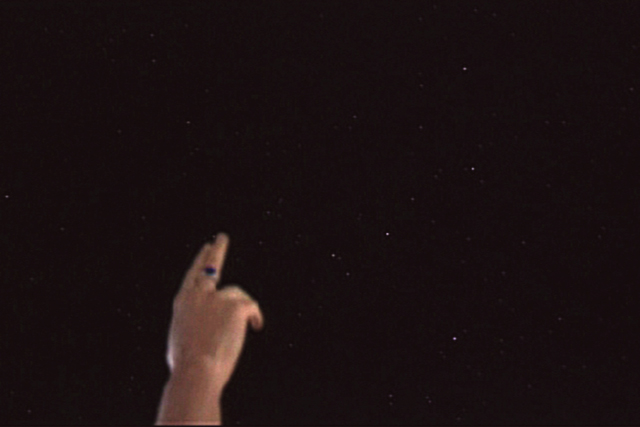 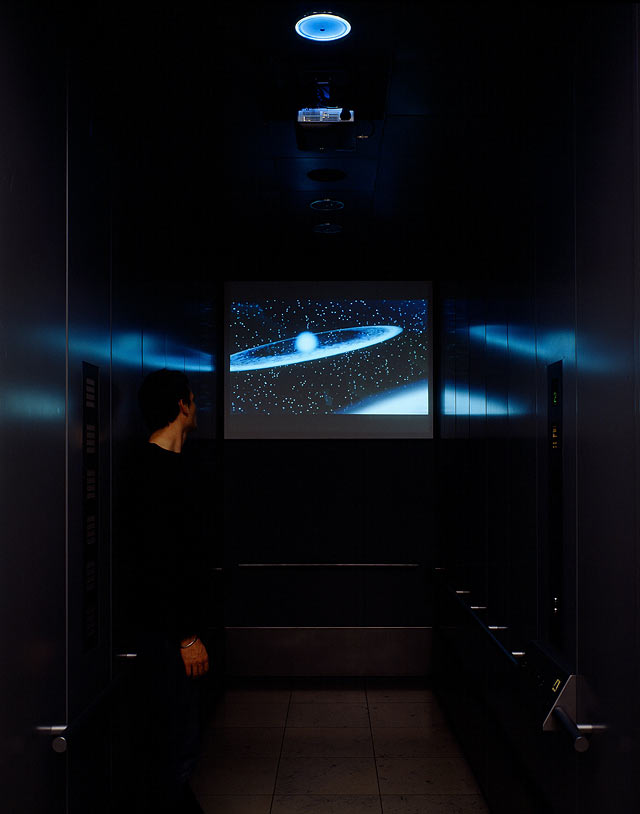