A Small Fee (2009) uses sentences taken from the script of the movie West Side Story (USA 1961). By reducing them to a quick paced graphic „dialogue“, the sentences become extremely   current and seem to be referring to present political and ideological conflicts. The verbal conflict occurs within two distinguished groups, natives and immigrants, touching issues of racism, the desire of acceptance vs. the will to exclude. The sentences are bright, colorful, fast paced and formally „scream“ at the viewer. Soon it becomes clear that the object of the conflict is an America that reveals its political failure and that hasn’t fulfilled its promise for wealth and happiness. 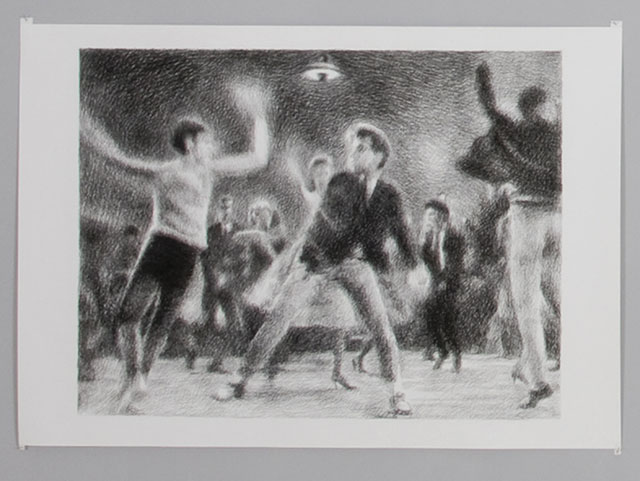 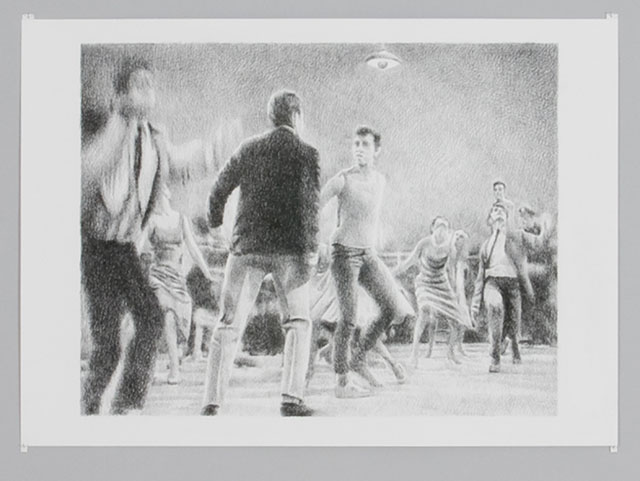 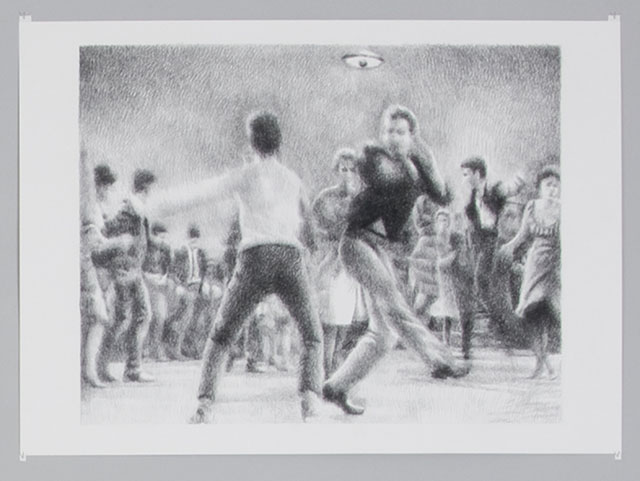 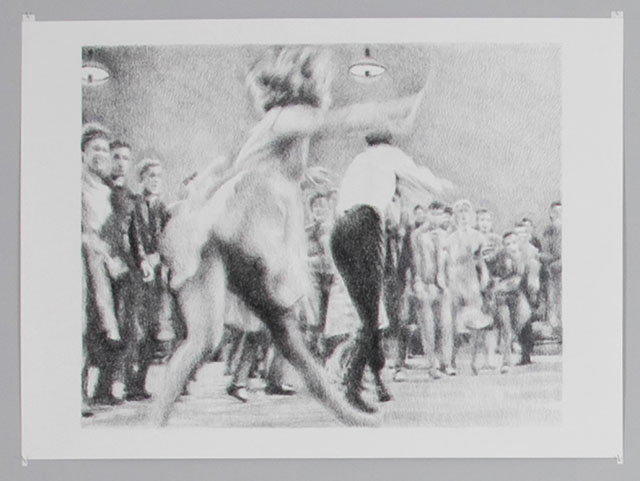 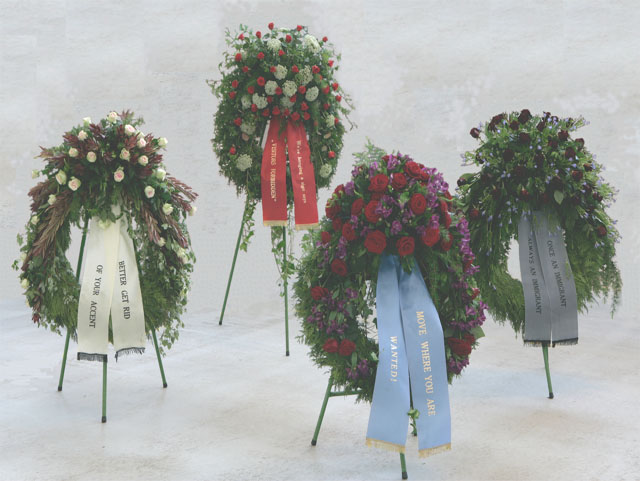 The materials used for Visitors Forbidden where taken from the flower market which used to be operative in the building of the exhibition. The references are not only to this venue, but also the vicinities: the existing conflicts of ethnic minorities in Kreuzberg or the proximity to the Jewish Museum, with its official memorial rituals. The sentences deal with controversial aspects of integration and assimilation, from cultural self assertion and national isolation. The use of texts from movies (here from West Side Story) is typical for Krippendorff’s work.

From the Kunstinvasion catalogue, Berliner Kunsthalle. 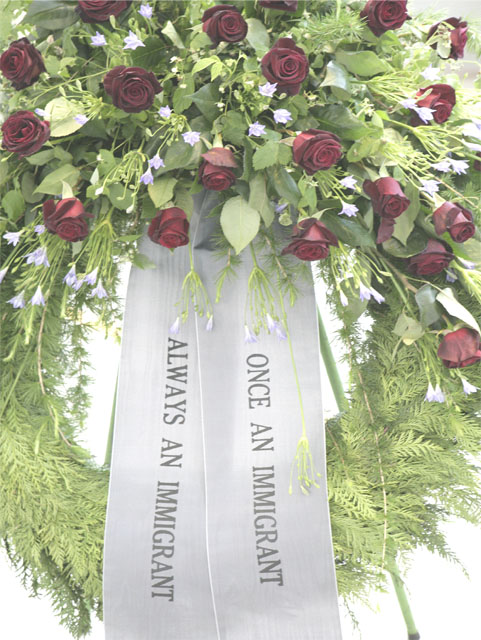 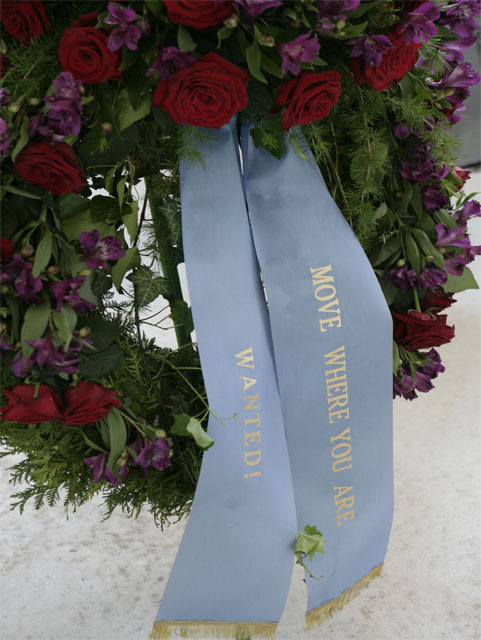 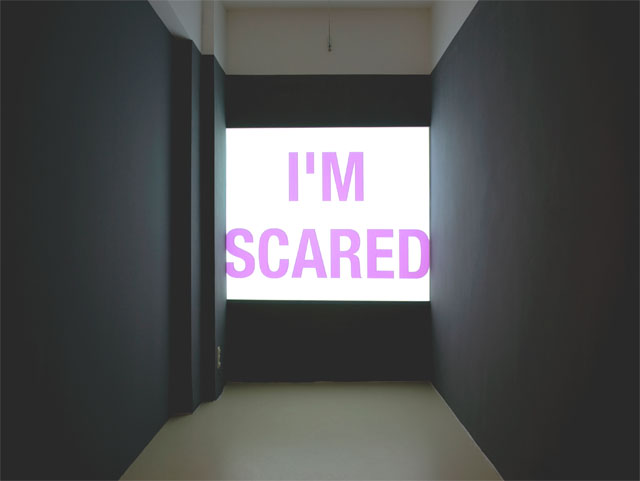 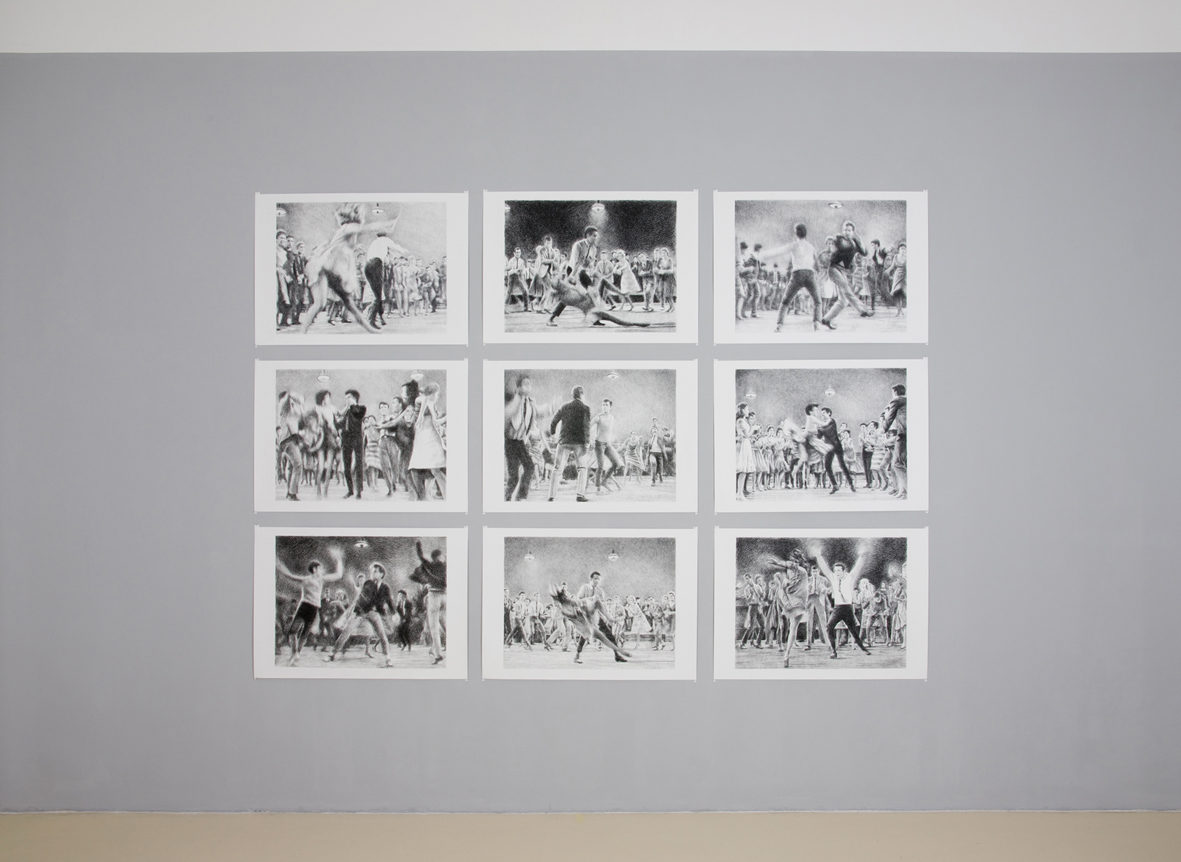