Blame (2002) uses footage from the movie Gilda (USA 1945) as a reference to the nuclear test on the Bikini Islands in 1946 which was named „Gilda“ after Rita Hayworth’s iconic movie. Her picture in a low-cut gown was painted on the bomber plane. In the video, images from Gilda’s famous strip tease number Put the Blame on Mame are reworked to become an explosive dance sequence, exploring the link between Eros, death, beauty and destruction, and the relationship between glamour and power, eroticism and political ideology.

From the press release  for the screening at “Mondovision”, K34 Berlin, 2003, Marina Sorbello. 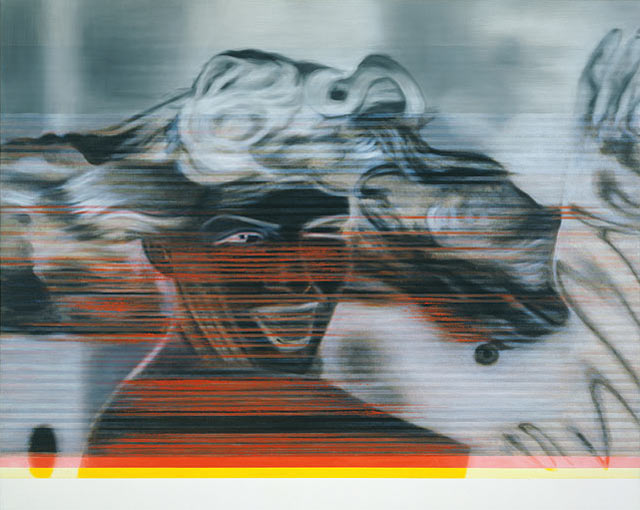 […] In three paintings, each titled Mistake, 2004, and numbered 1 to 3, Krippendorff imbues Gilda with an aura that is both awesome and mysterious. […] The paintings are executed primarily in monochrome tones, with horizontal stripes of white or reddish paint across the bottom half of each canvas, like a photographic print marred during processing. […] 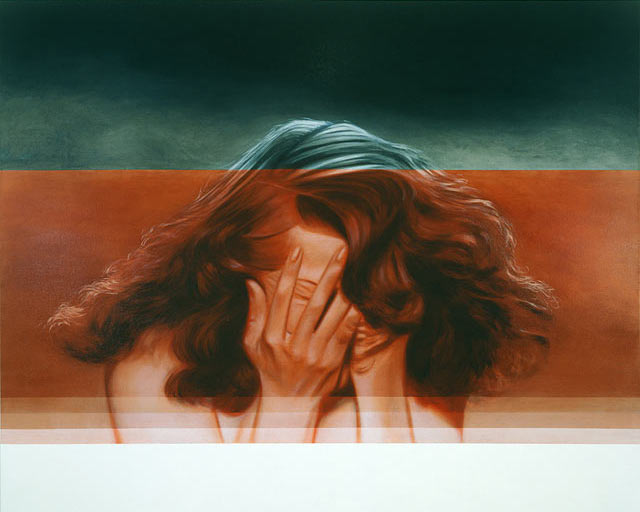 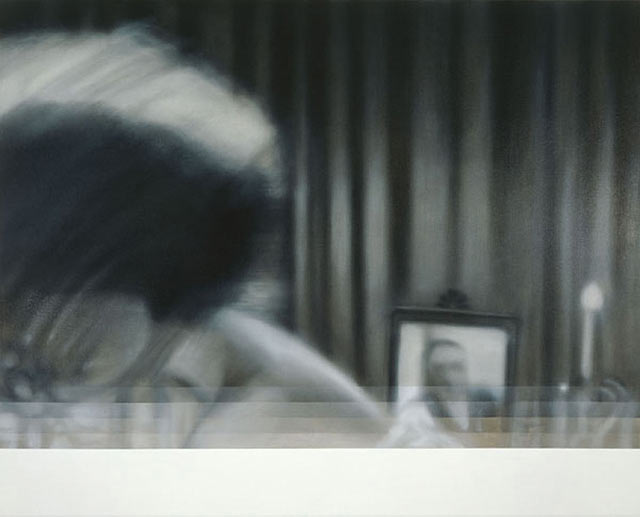 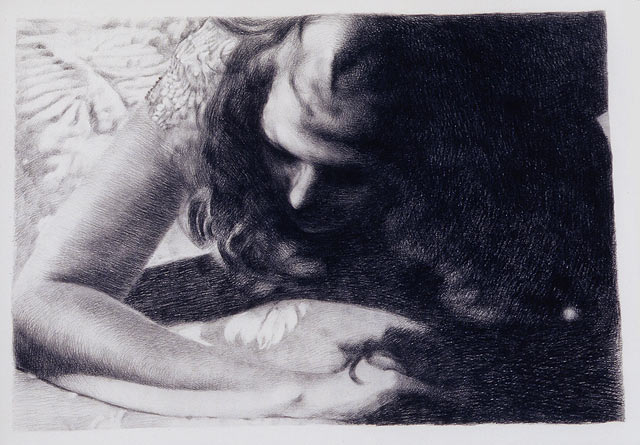 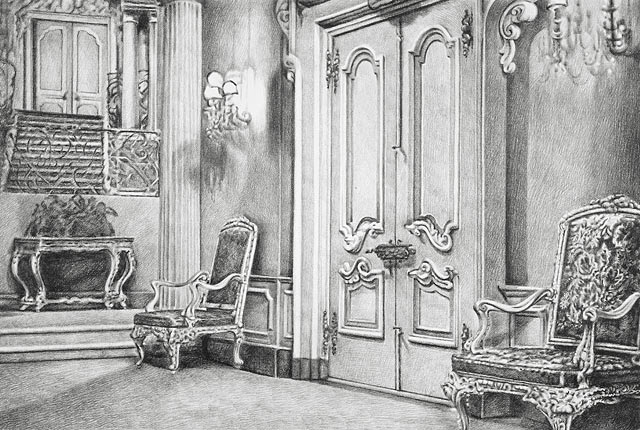 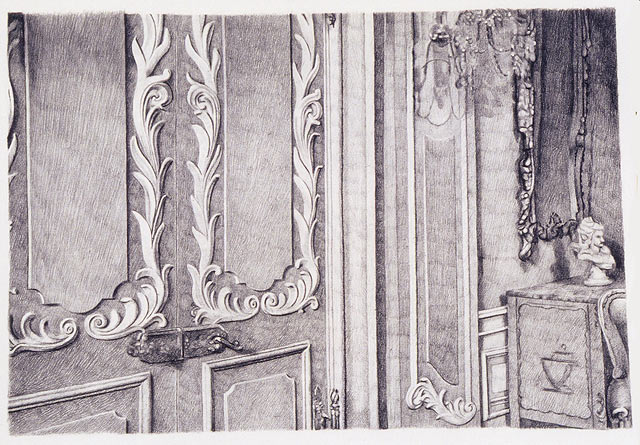 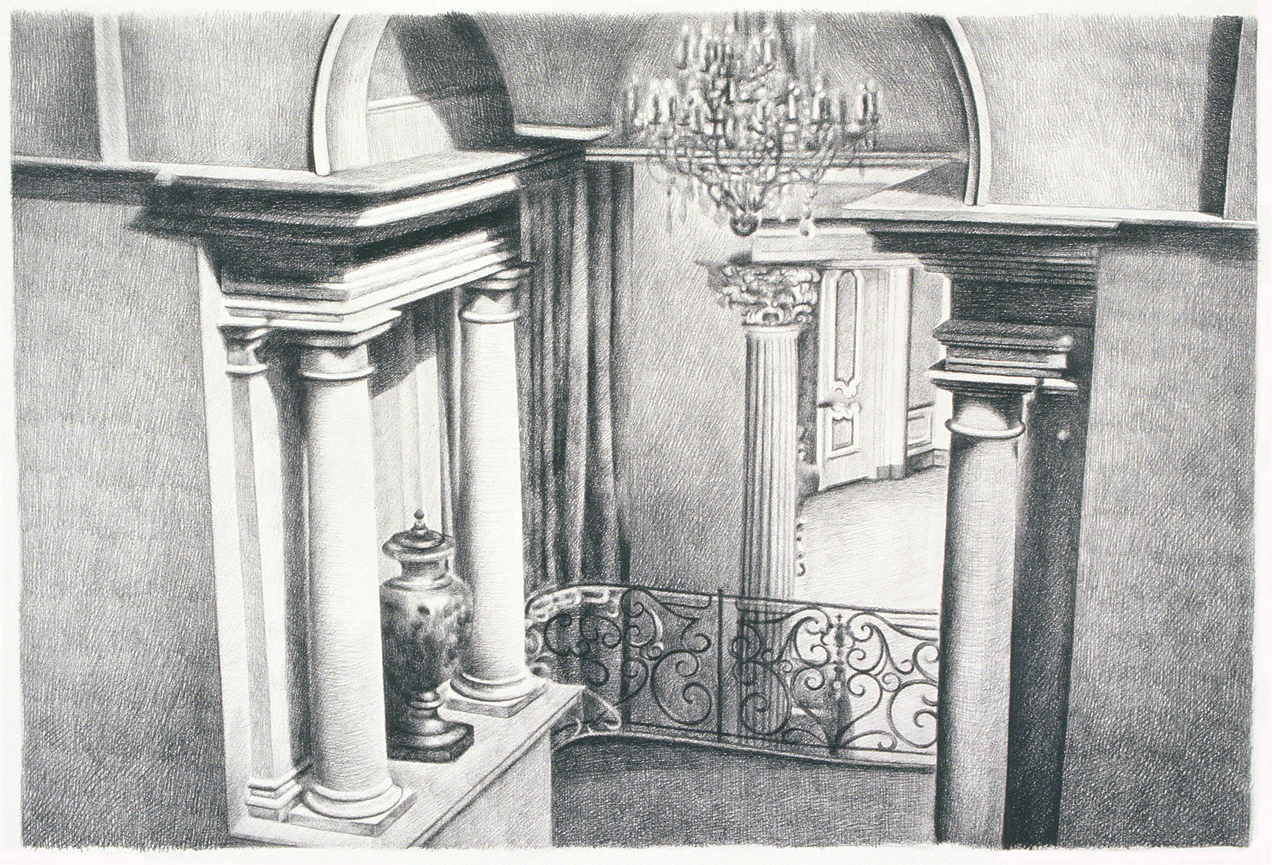 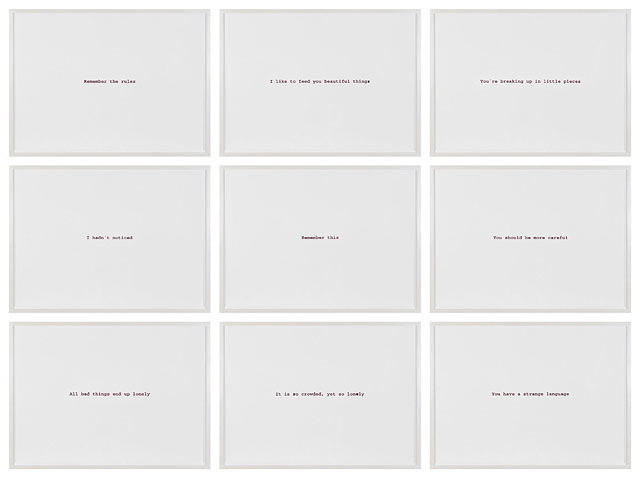 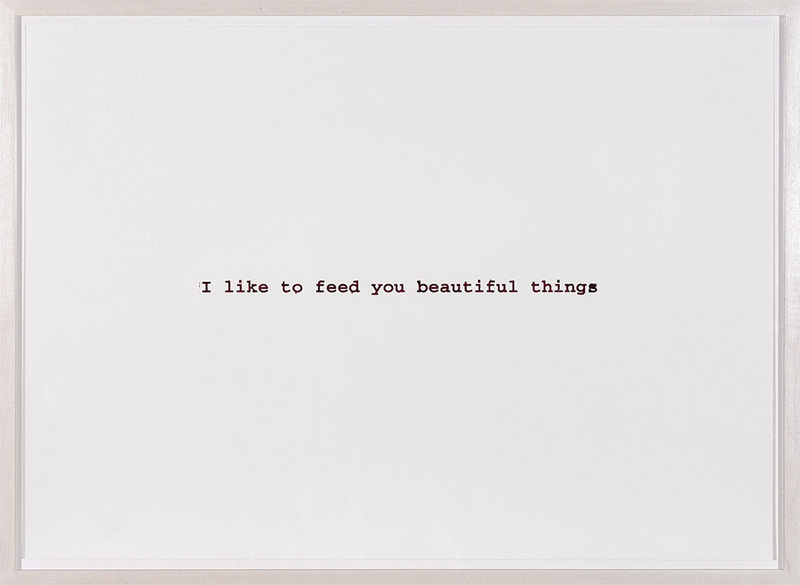 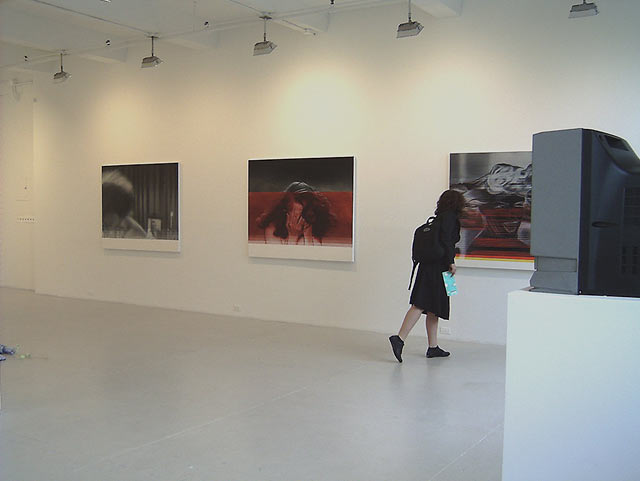 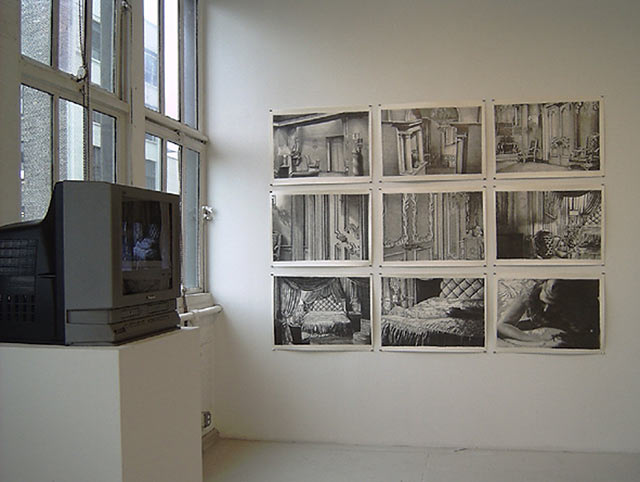 […] Gilda appears twice more in nine meticulous pencil drawings of interiors stuffed with period luxury items. Lying on her bed in these airless rooms, she looks barely able to function, crushed by a suffocating display of wealth. […] 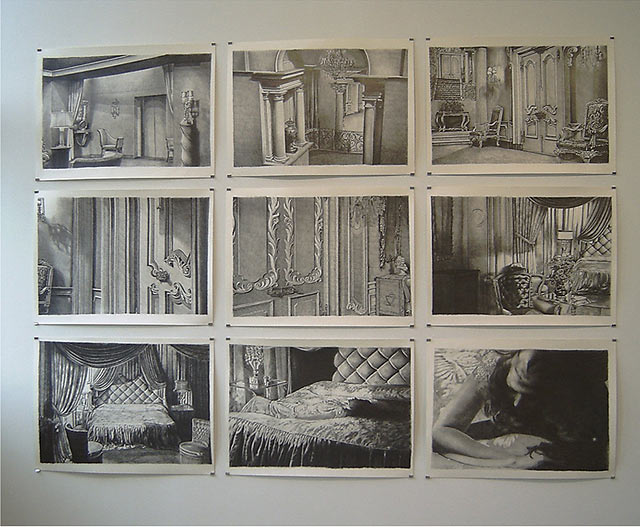 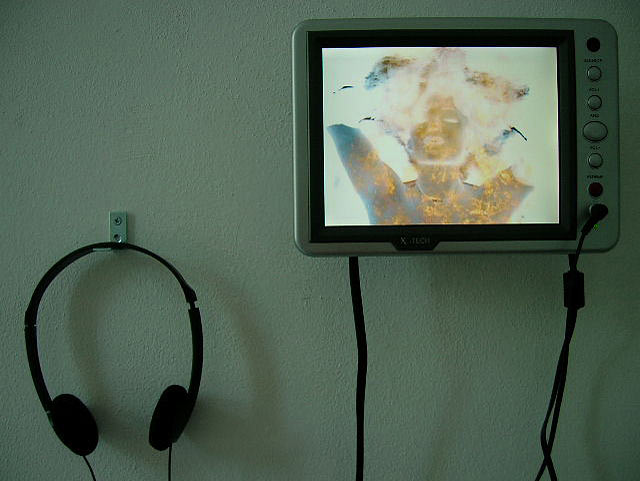 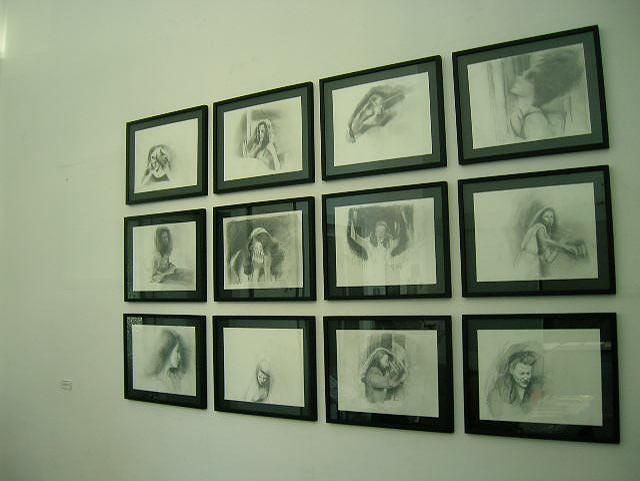 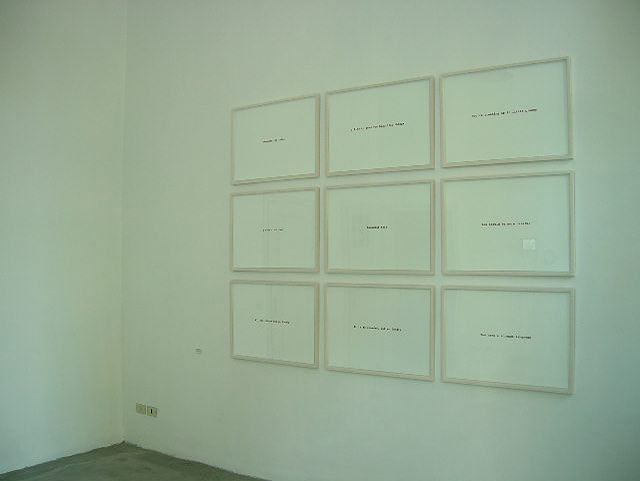 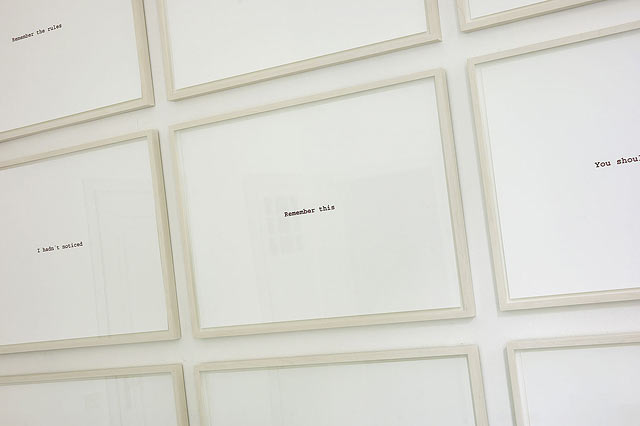 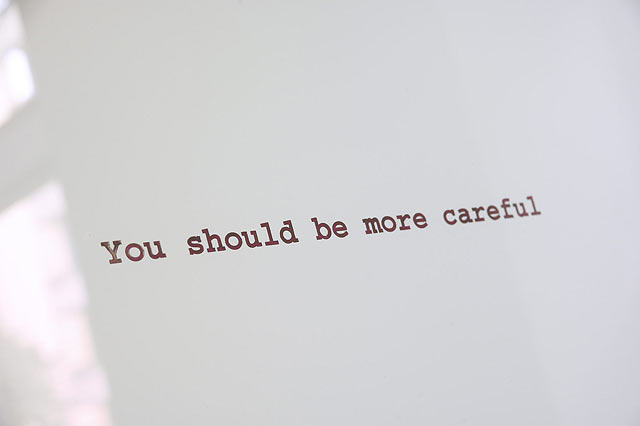 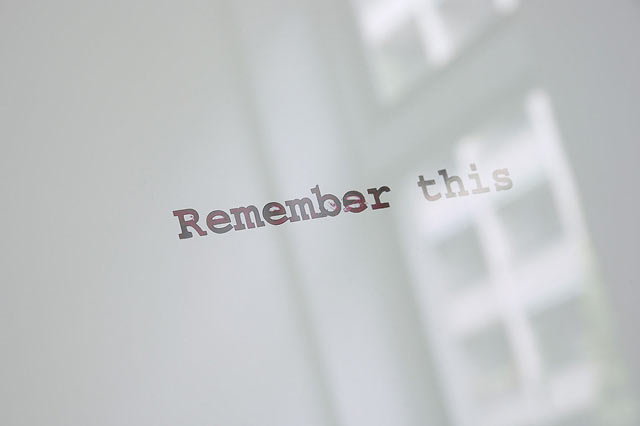 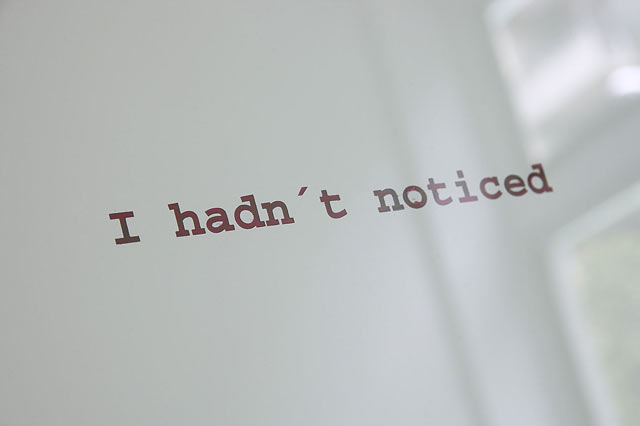